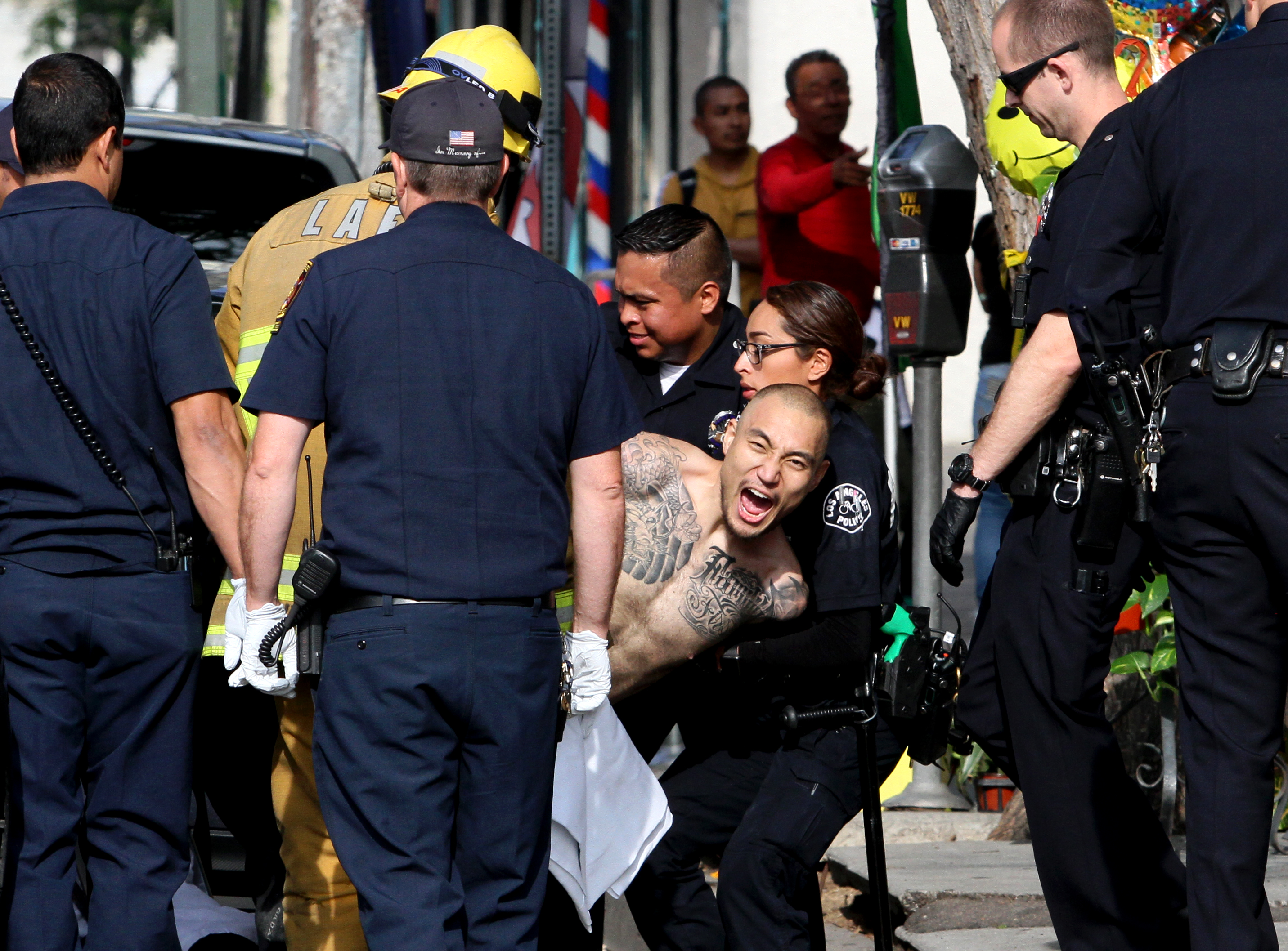 LOS ANGELES, CA – SEPTEMBER 10: A suspect is taken into custody by the LAPD after being involved in a chase with officers on bicycle patrol. The chase ended in a 2-car traffic collision after which the suspect ran on foot. He was apprehended on the corner of Pico Boulevard and Arapahoe St. on June 6, 2019 in the Pico-Union district of Los Angeles (Photo by: Matthew Simmons / Stringer)